On 9th April 2021, I joined a dialogue about being “new in town”. As a serial mover and relatively new arrival in Utrecht, I have got used to making a new life in an unfamiliar place, to all the energy that it demands and returns. I suppose I thought I knew what it meant to be a newcomer.  In this dialogue, I shrugged off that feeling, listened closely to the stories of others and was confronted with profound similarities and differences that shape individual experiences. 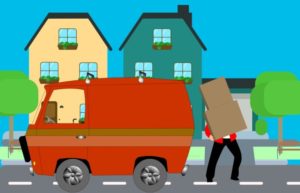 A sharp distinction emerged among the experiences shared at our table of four. Some of us had chased studies, career dreams or even love to our new destination.  Another had fled a country that she could no longer call home. Yet we could all be called newcomers. I felt the dynamic change as this fact settled. I felt three of us ask ourselves how these experiences could possibly be discussed on the same terms. Quite simply, they can’t. But by privileging individual experience, we had the chance to explore them all.

One woman at our table felt that her time in the Netherlands was bringing her closer to herself. She has the sense of peeling back layers of who she had always been in the country that she left to reveal the person that she truly is. I was struck by this image. For me, each encounter with a place or person is a new layer that represents my ever so gradual growth into the person who I will be, who is different from the one I was before. I rather liked this woman’s description. There’s something quite beautiful about new things bringing you back to yourself.

We talked too about loneliness and the search for meaningful connection. One woman spoke frankly about the stifling effect of the pandemic which presents her with few chance encounters and exhausts her energy for meeting new people. Another described the warm welcome that she received from local people who have become her family. Another felt that even after several years, such connections are hard to come by. Reflecting together, we concluded that it is easy to measure your success as a newcomer by the number of friends you have made. Dreaming together, we resolved to live by another principle, one that measured depth of connection above all.

Even in the most “successful” of cases, though, the question remained: when do I stop being a newcomer? When does this unfamiliar place become my home? If it does, does that mean that my “home home” has been replaced? Three of us felt an internal pull between the home we came from and the home we were trying to build, between the comfortably familiar and the excitingly unknown. One of us made a point of not looking too far ahead. Another felt sure that one day she would shake off the newcomer label by returning “home home”. I am still not so sure.